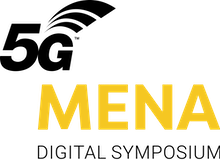 Can Arslanalp has joined Turkcell in 2010. As a Senior Architect, he has been leading Open RAN and radio network virtualization activities for the past two years. Previously, he has taken up various roles at Turkcell such as Strategic Planning Senior Engineer in charge of radio network investments and Project Manager for large scale network deployments.

Can started his career in 2007 as a consultant for Ericsson where he has worked for several projects in Middle East and CIS countries.

He received his degree on Communication Systems from École Polytechnique Fédérale de Lausanne in Switzerland.