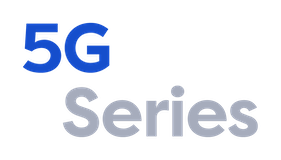 Hatem started his professional career with Etisalat in 1995 as part of the Mobile team, where he played a major role in building and maintaining excellent network performance which positioned Etisalat as one of the leading mobile networks in the region.

In 2004, Hatem was seconded to Mobily’s launch team as Director Mobile Network Development. In this capacity he was responsible of all Mobile Network activities from planning, implementation, and operations. He successfully played a major role in launching a commercial network within 6 months period; a remarkable achievement and considered to be one of the fastest telecom launches in the world.

Hatem is currently CTO Etisalat International aligning with all local CTO’s for the overall strategy and creating value out of synergy.

Hatem is a graduate of Etisalat College of Engineering, Sharjah and holds a Bachelor degree of Engineering in Communication with 2nd Class Honors. He was also awarded by the Global Telecom Business as one of the 40 under 40 telecom leaders in the world.