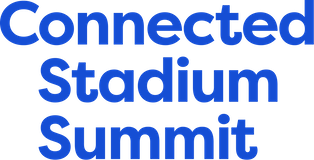 Oliver Bosshard has a technical and commercial background in the wireless industry. He runs individual projects at Real Wireless, and is also responsible for the company’s overall operation, project delivery and budgets.  He has extensive experience in DAS, small cells, propagation planning, backhaul and rollout of 2G – 4G, Wi-Fi and TETRA technologies.

Before joining Real Wireless, Oliver was in charge of Product Management & Strategy at Bluwan (2011-2014) where his product creation won the Frost and Sullivan European Technology Innovation Award 2011 and the Light Reading's Best New Product 'Leading Lights' Award 2011. Prior to Bluwan, he was the CTO at the wireless ISP Luminet where he executed the first post-auction spectrum trade between companies in the UK (2007-2011).

Oliver began his career as an electrical engineer in Switzerland, moving on to BTS & BSC site build management for Orange Switzerland (1999-2004).  It was here where he started his RF planning & optimisation career before moving into the lead of the national special projects team, including project lead on multi-operator coverage at airports, trains (repeaters) and 200km+ of railway tunnels for all Swiss operators through the use of active and passive DAS, as well as representing Orange Group in international Special Projects Working Groups.

In 2004, he founded his consultancy company and worked in Africa and the Caribbean on varying projects, including technical consultancy and network rollout management. At Andrews (Commscope), he was the head of the Wireless Innovations Group UK & Ireland where he built a team for design, deployment, project management and monitoring from single-operator RF repeater to multi-operator optical systems, including solutions for Wembley Stadium, O2 Dome, Glasgow Underground DAS and Virgin Intrain Repeaters.