RISC-V Workshop, Zurich is part of the Informa Tech Division of Informa PLC

The RISC-V Workshop Zurich will take place at:

ETH Zurich (Swiss Federal Institute of Technology in Zurich; German) is a science, technology, engineering and mathematics university in the city of Zürich, Switzerland. Like its sister institution EPFL, it is an integral part of the Swiss Federal Institutes of Technology Domain (ETH Domain) that is directly subordinate to Switzerland's Federal Department of Economic Affairs, Education and Research. ]The school was founded by the Swiss Federal Government in 1854 with the stated mission to educate engineers and scientists, serve as a national center of excellence in science and technology and provide a hub for interaction between the scientific community and industry.

How to get to the venue

The RISC-V Workshop Zurich will take place in the center campus of ETH Zurich, in the buildings of The Department of Information Technology and Electrical Engineering in Gloriastrasse 35. The following map shows the two buildings ETZ and ETF and the rooms used for the events. ETH uses letters for its floors, so ETF E1, means the building ETF, floor E, room number 1. The events will mainly take place on the E floor of both ETF and ETZ, which are at the same level and connected by a terrace.

For more details on travel to the venue, see the handy guide put together by the co-located event WOSH here. 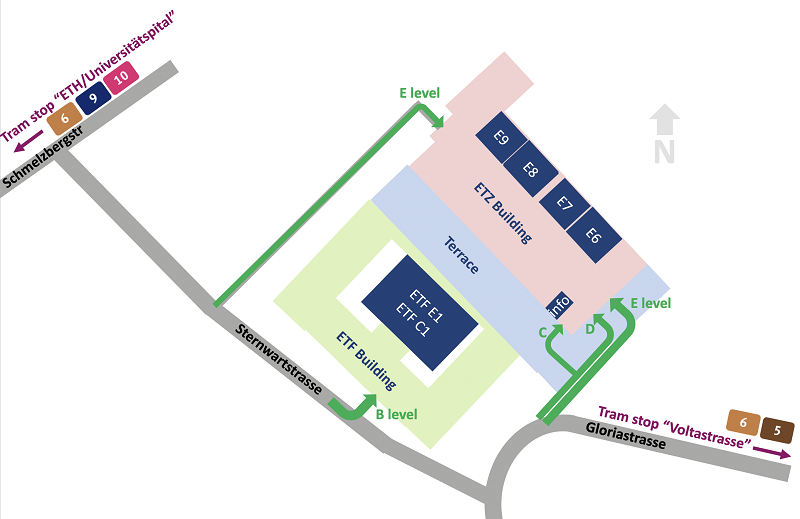 Get you short guide to Zurich by PULP Platform

Airport Information, Public Transportation Info, Where to Stay and more!

The Week of Open Source Hardware (WOSH) will take place in Zurich, Switzerland, from June 11 to June 14, 2019. During the first two days  the RISC-V workshop takes places and focuses on the free and open RISC-V instruction set architecture. The FOSSi Foundation and  the Pulp team, with the support of H2020 projects Eurolab4HPC and OPRECOMP are organizing a FREE complementary program that covers toics around free and open source silicon, its licensing and open source EDA tools. While those events are organizationally decoupled from the RISC-V workshop, it gives free and open source silicon enthusiasts the chance to gather and discuss throughout an entire week.