Roman Postnikov is Director, Customer Analytics and Segment Marketing at MegaFon and Chief Executive Officer of oneFactor, a data science organisation formed in 2011 to weld the potential of Geo services and machine learning.

We talked to Roman about his upcoming keynote talk at the upcoming Telco Data Analytics Europe as he elaborated on the role of AI and location data accuracy.

At Telco Data Analytics Europe, you will discuss among other things, your thoughts on how AI can improve location data accuracy, could you elaborate?

Telecom technologies are rapidly developing. Until quite recently operators have just launched 4G networks, but now they are actively investing in the infrastructure of 5th  generation mobile networks. At the same time operators are not planning to give up 2G, but the conversations on this subject are already underway, particularly in the United States. Considering the emergence and development of new wireless communications standards, including Wi-Fi network, the number of layers of networks of mobile operators is constantly increasing. Thus in places with the greatest concentration of clients in Europe there will be four communication standards with simultaneous location coverage in most cases. Consequently the volume of available information will be growing up, that can be used to obtain more precise geographic coordinates. Today we can define the key methods of data analysis: the use of passive or active data. The essence of the active approach is to determine the location of a mobile phone by triangulation on base stations. This method allows to obtain more accurate data, but at the same time it creates additional load on the network.

At Telco Data Analytics Europe we will discuss the most efficient approach to data analysis in passive mode. This method keeps the network from overloading, since the operators do not accumulate data, but use the information they already have. While rendering the services by operator, the subscriber is bound to the specific base station and that allows to determine how and where he switches from 4G to 3G or 2G and back, for example. Application of artificial intelligence and machine learning algorithms in particular allows to analyze the massive streams of data, to make decisions and to enhance the quality of judgments. At the same time, the more data we have, the greater velocity and depth of analysis we get, that helps to better determine or even predict the subscriber’s location at any time. The artificial intelligence system takes into account a huge number of matching factors and various parameters that is impossible for people. Such volume of data can be processed only applying artificial intelligence systems.

The obtained data about the location and movements of subscribers can be used for different solutions - from targeted outdoor advertising to analytic services for urban planning. For example, using mobile network loading the machine learning system figures out how many citizens and where they move. Moreover it’s possible to determine as they move by foot, taxi or metro. Comparing the map of such movements with the urban public transport routes, we can see a significant mismatch. The reason is rather simple – city routes were developed decades ago: where once was the industrial zone, now there is a neighborhood or vice versa in place of the factory today are nothing.

To solve this problem we have developed the technological platform that analyzes locations and movements of subscribers over the whole Russia and allows to achieve 98% coverage of economically active population. The platform analyzes data load on base stations which any operator possesses and additional radio statistics, and determines the subscriber’s location with the accuracy of up to 50-60 meters within large settlements due to proprietary algorithms based on deep learning technology.

Based on this technology we have developed the service to analyze the structure and dynamics of population, which can be used instead of Rosstat (Federal Service of State Statistics) data on number of population and allow to estimate its dynamics within the year. This solution is already applied by the Moscow Government for city management and transport planning purposes, and now it’s scaled up throughout Russia. Using the analytic service we can determine where most of people live, where they work, how they move, where they spend their weekends etc. That data analytics makes possible to optimize transport and urban infrastructure without a large-scale sociological research which becomes rapidly outdated under current conditions.

With increasing volume of available data due to radio technologies as well - NFC (Near Field Communication), Bluetooth, the accuracy of machine learning services will certainly grow up to micro levels. 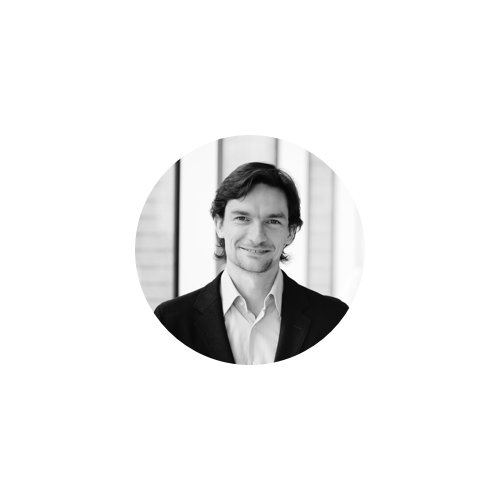 What role will Machine Learning play in the landscape of data analytics?

How has MegaFon’s data analytics strategy evolved in the past year?

Big data analytics is an important branch for MegaFon which on the one hand allows to optimize business processes and increase efficiency within the company, on the other – to diversify sources of income. The revenues from big data in retail revenue of MegaFon in 2015 was estimated at more than 1.7% and the market share among the telecom operators in this sector grew up to 75%.

Starting with the fourth quarter of 2016 MegaFon has been working according to the new strategy which involves the monetization of digital services by analyzing its own big data about the subscribers and data of Mail.ru about the Russian internet users. The strategy is based on the model of customer value management (managing for value), which helps to assess the profitability of each subscriber.

Operators are specializing in predictive analytics, using only their own telecom data. But a more in-depth analysis and making solutions outside the telecom industry, for example, for the financial sector, requires competent external partners that can enhance analytics with additional data sources. oneFactor is such a key technological partner for MegaFon. Within the framework of joint cooperation, MegaFon uses a number of platforms developed and supported by oneFactor. The high-level accuracy of data analysis is achieved by application of machine learning technologies and artificial intelligence systems.

Do you think the telco community has shifted its approach to the potential of data analytics at all?

The telco community is still paying too much attention to the protection of personal data. As a result the European analysts and operators are beginning to lag behind other countries, particularly China, USA and even Russia.

Certainly, the client should have the right to choose. But we are not talking about the disclosure of personal information but the consent to data processing, depersonalization and use for analytical purposes. Fears, that it is a step towards the total surveillance are not justified. On the contrary, such analytics improves business efficiency that directly impacts on improving the quality of life. For example, the use of machine learning services allows banks to protect the interests of the customers and reduce the loan interests rate for the population as a whole.

Data analytics is being used today in various industries. The future has already come and digitalization of economies is inevitable. The data is intended to serve as a new currency. The stagnation of this market can lead to negative economic consequences.

See you at this year's summit

Teclo AI Summit Europe 2019 will bring together top experts and a high-quality executive audience to discuss and showcase use cases of AI, analytics and automation. 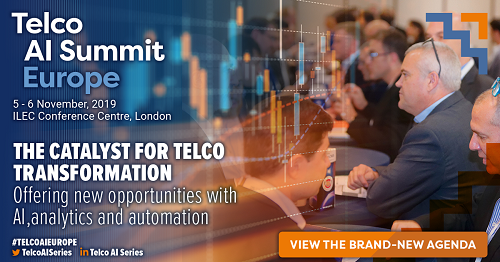