Peter Zidar has 23 years of experience in Telecommunications and IT. At Slovenian mobile operator Mobitel he worked as project manager at several deployment projects and as Head of Projects Sector. From 2004 to 2010 he was Head of Research Group. In 2011 Mobitel merged with Telekom Slovenije. In Telekom Slovenije he worked as Head of Standardization Office and was company's main contact for technical international organizations. In March 2008 he was elected as Chairman of Operators Group in UMTS Forum (international organization), where he was also a member of the Steering Group. He represented Operators Group and Telekom Slovenije at around 30 different international conferences as chairperson, moderator, speaker, panellist and judge.

Now he works at Telekom as coordinator of EU projects. In January 2016 he brought FP7 project eBADGE with 13 partners to successful conclusion as its main coordinator. He recently led FP7 project SUNSEED with 9 partners from 6 EU countries. This project was finished with great success in April 2017 and it got the highest remarks during the formal review in June 2017. In 2017 he has become head of Research projects department. He is author of more than 130 popular science articles published in Slovenian monthly magazine Life & Technology and other magazines and newspapers. In 2008 he published book about space exploration and in 2011 book about history of video games (collectively sold in more than 28.000 copies in Slovenian language).

We sat down with Peter to talk about his previous IoT analytics projects including SUNSEED and discuss the current state of analytics from an operator perspective. 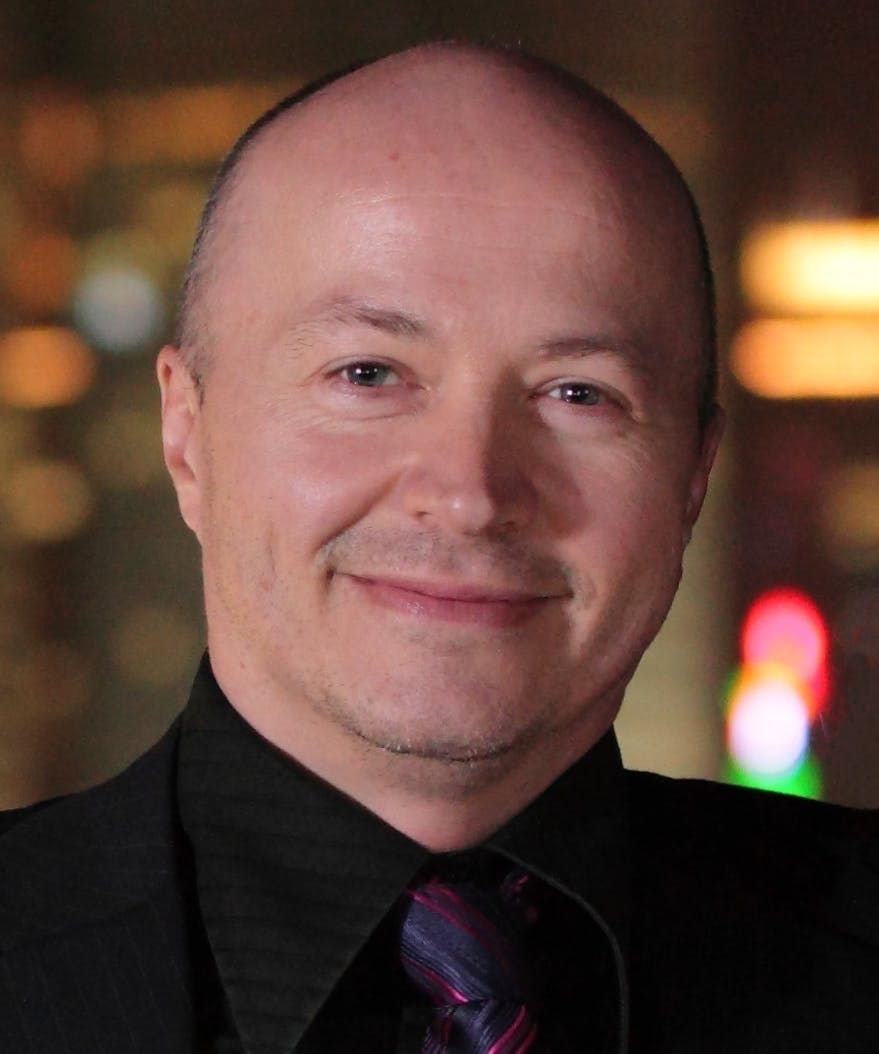 Currently, we are looking at 5G, cyber security, blockchain, IoT, artificial intelligence and C-RAN. We are doing a lot of work in elevating the critical and emergency communications to 4G and 5G. This means that not only we want to include video in those communications, but we also want to include automatic calls from cars (eCall), networks of sensors (for example sensors on firemen), control of drones over 5G mobile networks and support for deaf people.

We recently finished two FP7 projects with smartmeters where we were the main coordinator. These projects showed that LTE networks can be used for smartmetering and that there are synergies between telecom operators and electricity distribution companies.

We recently finished EU projects eBADGE and SUNSEED where we collected data from smartmeters. This data was carefully collected in Telekom Slovenije's datacenter. In project SUNSEED the quantity of data was overwhelming since specially developed smartmeters for that project were collecting data 50 times per second. One of the partners on the project was Josef Stefan Institute which used that data for state estimation and was doing the prediction of the future state for electricity distribution network. These predictions were done using neural networks and artificial intelligence methods.

An additional challenge was the task of protecting this data from tampering by implementing suitable security measures. This was done by partner Gemalto. Also, we needed to calibrate the devices so that they showed correct measurements. For the collection of data, we used our LTE network and we implemented certain queueing mechanisms to make sure we are not losing any data.

The problem is that huge quantities of data will be collected which will not be properly structured. But the data could be incredibly useful if we can tap into it. If we anonymize the network data, we can follow crowds of people as they move through sports event, shopping area or traffic jam. All these analyses can be used for different target audiences like shopping malls, event organizers or traffic planners. With billions of new sensors, the possibilities are getting even wider. I think the key is to open the door to this data for independent software developers who can develop new services and apps using this incredible amount of data.

Mobile networks are getting upgrades every few years. The amount of data available and transferred in mobile network is quickly rising. Therefore one of the biggest challenges is to organize and store massive amounts of data to be available for meaningful services. Additionally, to the data coming from IoT nodes, there is also data from the network itself about the state of communication with each node, its location, signal strength and other communication parameters.

There are so many possible scenarios what to do with IoT data and how to analyze it that the biggest challenge is to just to deal with so many possibilities. Therefore it is hard to imagine that telecom network operator will cover all the use cases. Most probably the operator will have to offer some way for independent developers to get access to anonymized data, analyze it and finally make some useful service by using the results of the analysis.

Smart energy networks are basically a case of IoT due to large numbers of smartmeters involved. The role of data analytics is to make sense of the huge amount of the collected data and to perhaps go even a step further and make some predictions about the future state of the smart grid. There is not only the analysis of the smartgrid which is important. Large volume of weather data should be collected and analyzed to make sense of the state of smart grid and to make predictions. There are ways to not only collect basic data about the weather (temperature, wind speed, rainfall…) but also other weather data like lightning strikes locations or weather radar data. All these sources are beneficial for locating, explaining and predicting outages.

We are currently looking into different business cases of how would a data analysis of mobile communications network parameters help any local businesses. By using anonymized data set we can to a certain degree track and predict behaviour of their (anonymized) customers and in this way they can have a more measurable way of getting a feedback about their marketing activities. We also consider other use cases.

Currently, there is big room for improvement. But we have to take into consideration also the sensitivity of the data and privacy issues, therefore, monetizing the data is not as straightforward as it could be.

5G will provide more data transfer speed and lower latency. This could provide new use cases. For example, if we look at the smart grids there is an opportunity to quickly react to power outages if the latency is low enough. In case of increased wind speed, the wind power plant can quickly shut down and cause a downward spike in electricity distribution network. By detecting this in few milliseconds we could in principle counterweight this effect and increase the stability of smart grid and quality of electricity.

Among other advantages is smaller size of the cells in 5G which will provide better location estimate within 5G network for anonymized location tracking.

I'm hoping to raise the awareness of the challenges which lay ahead. There will be more data collected and stored in future due to upgrades of mobile networks and smart grids may start to collect data 50 times per second which may also influence data storage and analysis of such advanced smart grids.