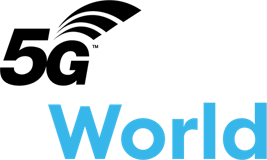 Who’s Who in the 5G Ecosystem?

As we continue our series of blogs in the build up to this year’s 5G World event, we’ve outlined why 5G represents such a game-changing opportunity for mobile technology, identified what the main benefits are and who the main beneficiaries are likely to be.

In short, 5G is widely anticipated to be transformational, not just for mobile but for everything to do with connectivity - the internet, communications, cloud computing, how commerce, industry and society itself are organised and operate.

So we are talking about big, global, macro-scale changes, of the kind that won’t happen overnight, nor be brought about by just a handful of stakeholders. So on that front - who exactly is driving the 5G revolution, which players are taking up what roles, and how do they all knit together?

Given the scale of the global efforts involved in developing the concepts, the technologies, the infrastructure and the use cases which, when all pooled together, make up the phenomenon we refer to as ‘5G’, it is hardly surprising that people have adopted the term ‘ecosystem’ to describe and refer to the intricate web of relationships which connects all the players involved.

In its own analysis of 5G, the World Economic Forum (WEF) has offered a very useful and coherent explanation of this 5G ecosystem, setting out what it calls the 5G Ecosystem Cycle. According to the WEF’s model, the various parts that make up 5G fit together something like this:

The World Economic Forum refers to radio spectrum as “the oil of the 5G ecosystem”. Alternatively, we might think of it as the fuel which powers the machine. Radio spectrum is not quite a finite resource as it can be reused, but there is a finite capacity as to how much of it can be used at once, with only the bandwidths sitting in the 3 kHz to 300 GHz frequency range currently being suitable for communications. Spectrum is therefore managed as a public resource by national governments which, as we have seen recently with the ‘5G spectrum auctions’ taking place worldwide, license use of available spectrum to network operators. International bodies such as the ITU (the International Telecommunications Union) also play a role in coordinating spectrum management across the globe.

Mobile infrastructure is what makes radio spectrum available for use in wireless communications and data services. With regards to 5G, the World Economic Forum states that this infrastructure includes “base stations, mobile backhaul, edge clouds and core networks” - in other words, what we might otherwise refer to as “the network”. The big mobile carriers (countries typically have three or four network operators apiece) are therefore key players in 5G infrastructure and worldwide have invested billions already in building out 5G network capacity. But at a level above them, network operators are also reliant on specialist equipment manufacturers to supply the hardware - the core network equipment, the base stations and so on - which provide the foundations for their network infrastructure, and well as software companies which develop the many different programmes and platforms required for running the systems.

Devices are an essential cog in the mobile machine, providing the interface via which end users can enjoy the benefits of mobile connectivity. To date, one type of device above all others - the mobile phone - has dominated the mobile landscape, and phone manufacturers and vendors have therefore been key players in the ecosystem. But one of the most significant changes anticipated with 5G is that it will open the door to new use cases for mobile, meaning a much broader range of devices will be built ready to connect. From industrial machines to home appliances, vehicles to medical equipment, OEMs from across a huge swathe of verticals will suddenly find themselves with a stake in the 5G ecosystem. And just as network operators are leaning on network tech specialists to build out their 5G assets, so device OEMs will rely on chipset manufacturers to provide the essential technology that will allow their devices to connect.

The World Economic Forum underlines the importance of the service segment of the 5G ecosystem - in short, the part that defines the commercial relationships which link customers to network capabilities. This is a huge area, and arguably where the majority of the value in the 5G ecosystem lies - yes, people will need to buy devices and appropriate technology for 5G to work, but the value there depends on having network services which provision and manage connectivity. Network carriers and virtual operators will continue to hold a key stake in 5G services, particularly in the consumer segment, where buying airtime off a mobile company is likely to remain the standard commercial model. But as use cases for mobile diversify, so will the market for 5G services. From ISPs delivering mobile broadband to software specialists building advanced mobile-first applications, from systems integrators helping businesses migrate their connectivity to wireless to cybersecurity specialists helping enterprises protect vast new IoT deployments, 5G will likely create brand new opportunities for brand new mobile services.

Finally, right in the centre of the 5G Ecosystem Cycle sits security, which the WEF argues will be a critical consideration for consumers, enterprises and public bodies in deciding whether to switch to 5G (and therefore in making all the investment by all the various stakeholders worthwhile). Elsewhere, the WEF also outlines various potential security concerns around 5G which stakeholders must overcome - the increased vulnerabilities that come with increased dependence on networks as more and more devices connect, the corresponding multiplication in target points for cybercriminals and other hostile forces, the huge hike in complexity in data and privacy protection as we move from the World Wide Web to multiple interconnected webs of networked services (sometimes referred to as the Internet of Everything). Some of these security concerns have already become high-profile news, such as the geopolitical wrangle over Huawei’s involvement in infrastructure build-out and its alleged relationship with the Chinese government.

Other issues rest on the fact that 5G will continue to operate alongside, and indeed on the same networks as, previous generations of mobile technology, in some regions stretching back all the way to 2G. It is known that, in the context of contemporary cyber threats, several signalling protocols used for 2G, 3G and 4G have security flaws which could undermine 5G signaling security through proximity. How to work backwards and resolve the signalling security shortcomings of 30 years of mobile technology in time for 5G remains a major challenge.

So who are the key players making a name for themselves in this vast and vibrant 5G ecosystem? Let’s take a look at some of the big names leading the way in 5G technology development for both infrastructure and devices.

Network technology: As outlined above, mobile network infrastructure relies on a lot of hardware - base stations, antennas, remote radio units, cabling and more. In terms of who is taking the lead on developing and supplying all of this equipment for 5G, you might say it is the usual suspects cementing their position - around the world, it is Ericsson, Huawei, Samsung and Nokia making all the plays, between them accounting for nearly all major 5G development projects with operators in key markets. Yet as Forbes points out in its analysis of the movers and shakers, 5G network technology is not defined by hardware alone. As the first generation of mobile to fully embrace software-defined networking (SDN) approaches and network virtualisation, there is a key role being played by software companies, with Forbes putting the likes of Cisco, Dell, Hewlett Packard and Lenovo at the forefront of shaping how technologies like cloud and edge computing and AI are shaping 5G networks.

Network operators: As already mentioned, each country has its main mobile network carriers, and given the way that mobile spectrum is controlled by national governments, each country is playing host to its own race for 5G dominance. But looking at things from a global perspective, there are certain operators that stand out as setting a pace on 5G infrastructure build and service deployment for others to follow. For some, the sheer scale of their domestic operations give them an obvious head start. China Mobile, for example, the world’s biggest mobile network operator, has already reportedly passed 15 million 5G subscribers, despite the COVID-19 outbreak hampering its roll-out plans (on which it is working in close partnership with Huawei). Verizon, meanwhile, the largest MNO in the US, has shown considerable appetite for exploring the new horizons 5G opens up for mobile technology, launching 5G-based home broadband services before upgrading its mobile services, and investing heavily in adjacent technologies likely to benefit from 5G, including IoT, VR and AI. For other telecoms companies, meanwhile, the global reach of their combined mobile interests helps to put them at the forefront of the race to 5G realisation. Probably the stand out example in this regard is Germany’s Deutsche Telekom, Europe’s largest mobile company, parent company of T-Mobile US and an enterprise that can boast a presence in 50 countries worldwide. As far as 5G goes, DT is doing what DT does best - harnessing strategic partnerships across the ecosystem (including with all four of the major network equipment vendors across various territories) and integrating services across an impressive span of verticals, from broadband to IoT to cloud computing and back to mobile.

Chipset manufacturers: As things stand, it is difficult to pick out clear 5G technology leaders for devices. It is still early days for 5G commercial networks, so sales of 5G-ready smartphones have yet to take off, while what will arguably be even more interesting to watch over the coming months and years is how the market for other types of connected device develops, and who will emerge as leaders across various device verticals. Yet what we can talk about now is 5G chipsets or modems, the key component in making devices 5G compatible. To date, there is one undisputed heavyweight champion of 5G chipsets - Qualcomm. Already onto its second generation of 5G-compatible modems (the Snapdragon X55), Qualcomm also played a key role in the development of the 3GPP 5G New Radio standard, demonstrating its industry-leading industry expertise in bridging the gap between network and device technology. The company is also at the forefront of developing mmWave modules which allow devices to operate on the fastest, highest capacity high frequency bandwidths.

With an ecosystem so large and diverse, with so many stakeholders involved globally, it has been suggested that one of the key ingredients for 5G success will be swapping at least some of the incentive towards competition for an appreciation of the value of collaboration. 5G represents a pivotal moment for mobile technology and the mobile industry, a chance to expand its horizons, a perhaps one-off opportunity to change the world. It is big, it is complex, it is exciting, it means taking risks. The more that stakeholders can come together to learn from one another and exchange ideas, under the auspices of cross-industry bodies and standards authorities, by entering into strategic partnerships, by attending telecoms conferences - the better the chances of success for all will be.

We look forward to welcoming as many of you as possible to 5G World as the industry’s next big opportunity to learn, to share, to plot the course of 5G success together.