Taking place at one of Cape Town's hottest locations, the AFest is back in 2022 for an unforgettable evening of music and entertainment and your opportunity to network with 1000s of industry leaders.

BOOK YOUR TICKETPROFILE YOUR BRAND AT THE AFEST

We can't wait to welcome you all back to one of Cape Town's hottest locations for an unforgettable night of music and networking. Until then, you can re-live the highlights from previous parties HERE.

Attendance to AFEST is included in all premium content tickets and above.

If you have registered for a free visitor ticket, you can still join us for the AFEST by booking your pass here

BOOK YOUR PASS FOR THE AFEST

For our return to our physical event in  Cape Town and the celebration of our 25th anniversary, we're bringing out all the stops. For those of you who joined us in our previous physical events, you know that our parties are unforgettable. This year's guests include: 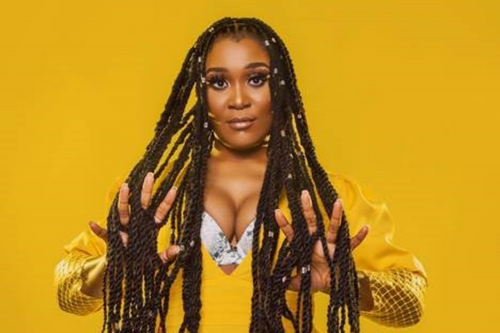 Lady Zamar is the music sensation who in the past five years has achieved more than most of her contemporaries. Officially having introduced herself in 2016. Yamkani “Yami” Janet Banda is an award winning singer, songwriter, academic and philanthropist. Having started singing at six years old. Her musical inspirations run deep with one of biggest inspirations being Tracy Chapman. Her music knowledge is vast having started off aspiring in rap under the stage name Afro Jay.

In four years the musician had affirmed herself as a certified hitmaker. Her last lead single, More and More, was released in 2020. A year which changed everything due to the pandemic. Not immune to the impact thereof, Lady Zamar would experience a health scare which would require her to undergo vocal surgery and take time off. Upon her return, the musician focussed on her philanthropic efforts and diversifying her brand. Currently, the hitmaker is working on her third studio album which will reflect the past years since her musical break. 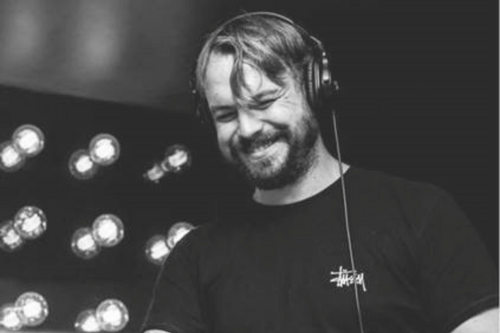 As both a lifelong multi-instrumentalist and skilled mix-master DJ, dance floor commander, King Louie, has perfected the art of setting the vibe using music. Let King Louie be your musical maestro who takes your party to the next level with his dynamic jam selections that dish up some tantalising tunes for everyone. A purveyor of good times who sets the mood with the finest curation of tracks from his eclectic and expansive music catalog, he always keeps the dance floor hot and creates nights that are never soon forgotten. King Louie is more than a DJ; he’s an impassioned groove master with an infectious smile whose mission is ensuring that everyone is having the time of their life when he’s behind the decks orchestrating the musical journey. 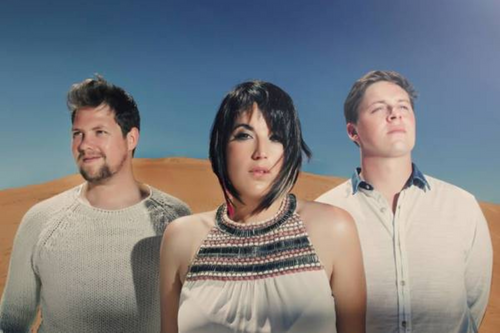 Born and raised in Cape Town, South Africa, GoodLuck is a group of live-electronic musicians, pop producers, songwriters, entrepreneurs and philanthropists. As one of the countries most successful exports, the band has been touring the world since 2013 with a clear focus to use their music as a force for good.

GoodLuck's music is madly diverse and continually evolving, it seems the trio of Jules, Ben and Tim are never satisfied with resting on what they have achieved. Since the band's inception, GoodLuck has reached 23 x Top40 radio singles, 9 charting number one singles and performed 1000’s of shows around the world. 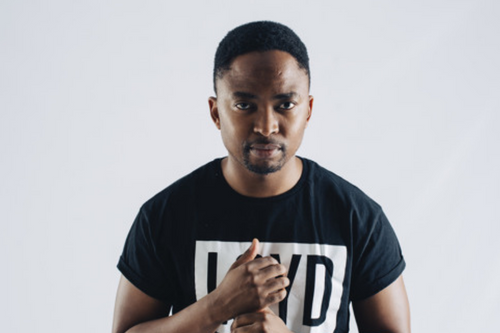 Loyiso Mdebuka is a South African born DJ, TV & Radio Presenter, Voice Over Artist and MC who is the host to a kaleidoscope of skills entertaining you both off and on screen. The journey began at the age of 16, evolving into a series of successes.In 2009, he was chosen to be a TV Presenter on SABC 2’s Hectic Nine-9 which instantly gave him access to over 2,5 million daily viewers. In 2010, Loyiso was chosen as one of 6 up-and-coming South African DJs to represent Smirnoff as a Smirnoff Turntablist DJ. He excelled under the program and was voted Smirnoff Turntablist of the Year. This won him an amazing opportunity to travel to the United States to the Winter Music Conference in Miami.

In 2012, Loyd joined premiere Cape Town radio station, Goodhope FM as a co-host on Weekend Drive (3-6pm). He followed this by moving on from his youth TV show duties on Hectic Nine-9.Loyd is currently the host of Weekend Drive on Goodhope FM, a club DJ, a Development Producer at Okuhle Media, Creative Director at Ikapa Live which is his own company and lastly, a 5fm Mix DJ on Euphonik’s “My House”. 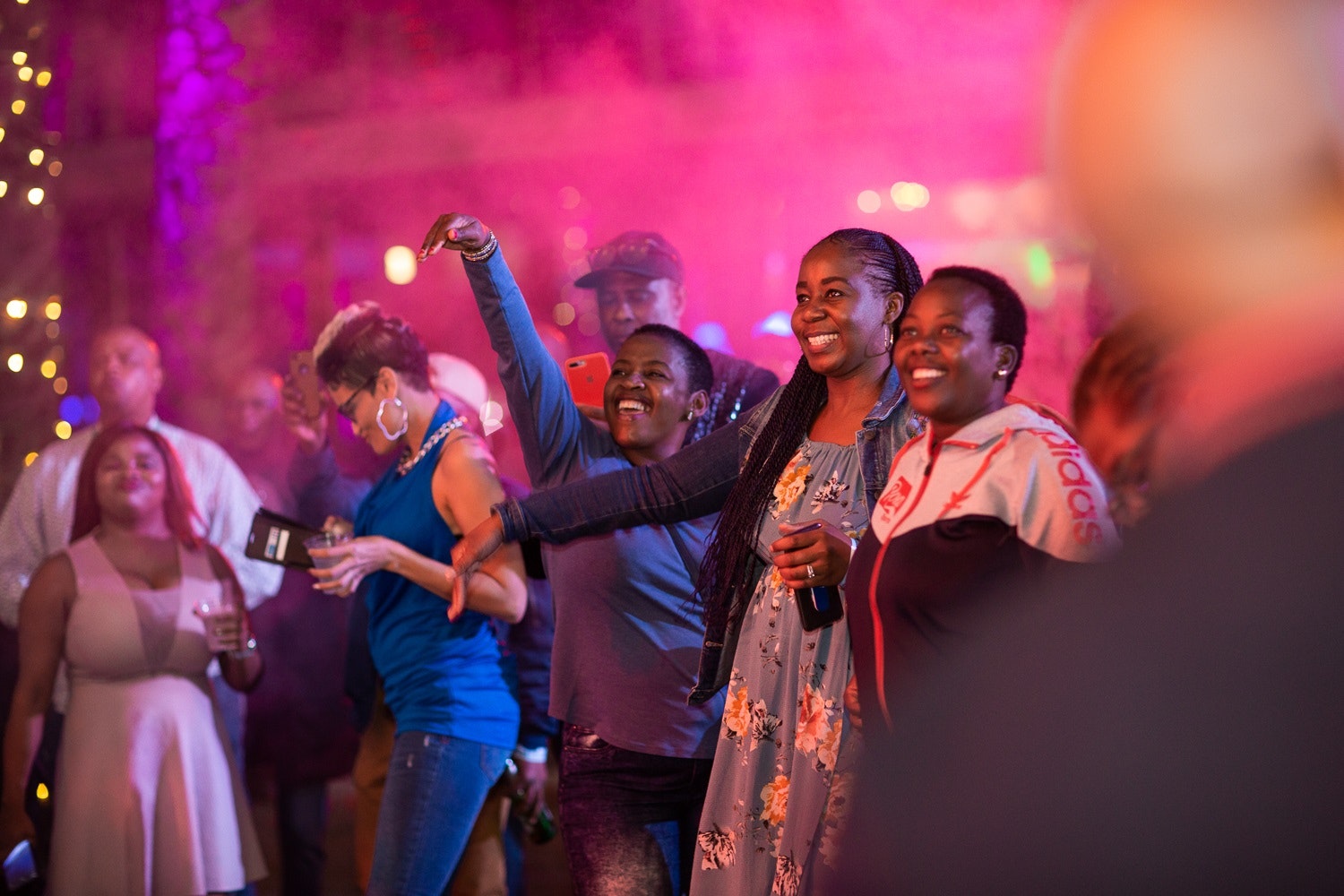 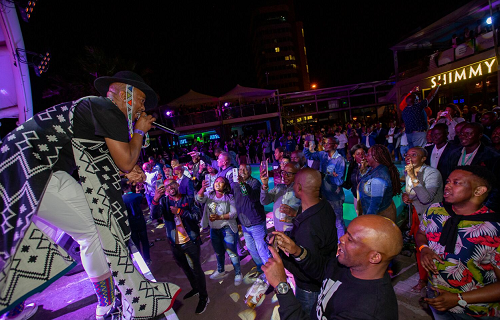 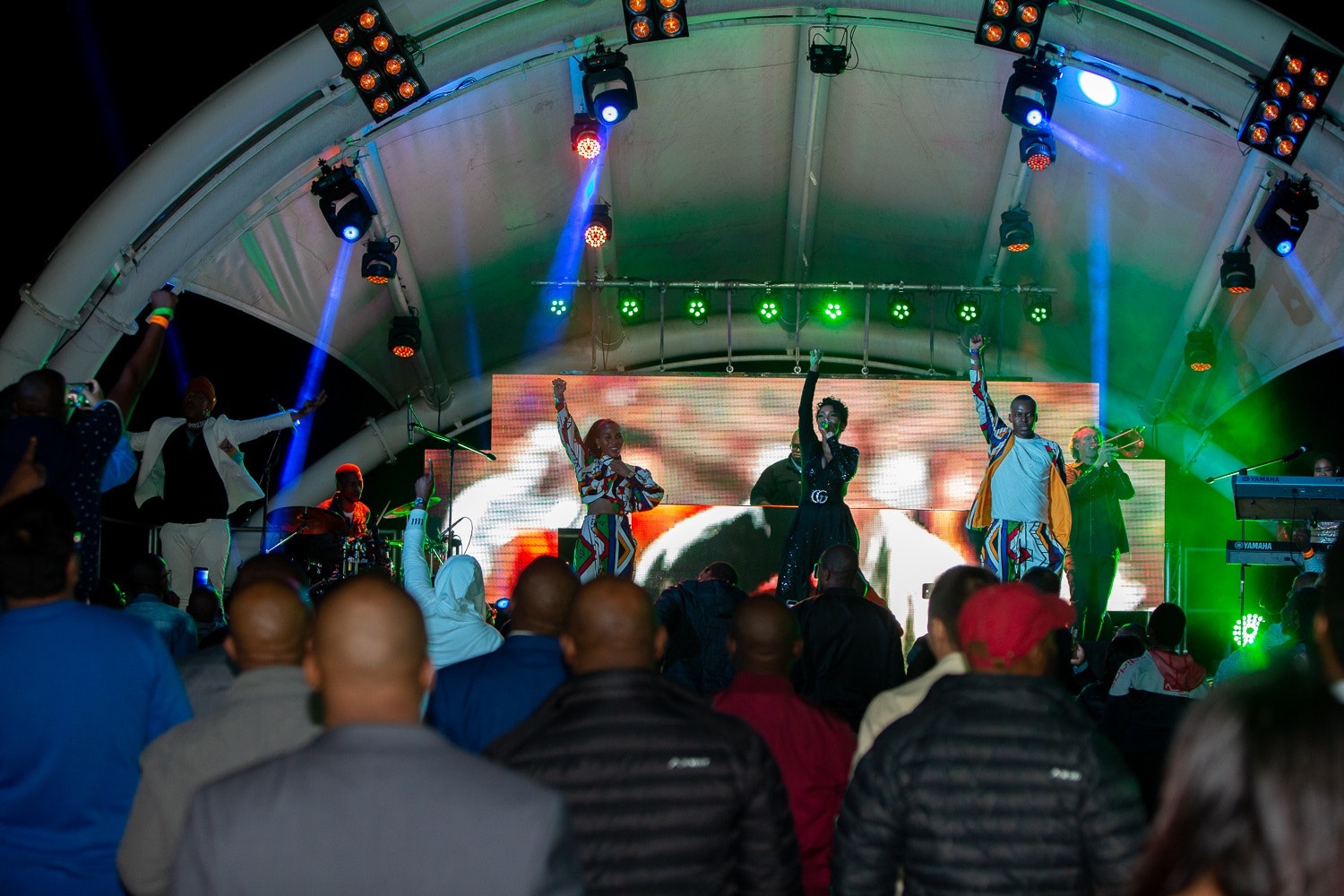 The AFest is more than just a party, it's a ready made, hassle-free opportunity for you to wine and dine the industry elite in one of Cape Town's most stylish and sophisticated locations. With spectacular ocean views, a buzzing atmosphere and exceptional performances from leading artists, this is client entertainment at its very best! 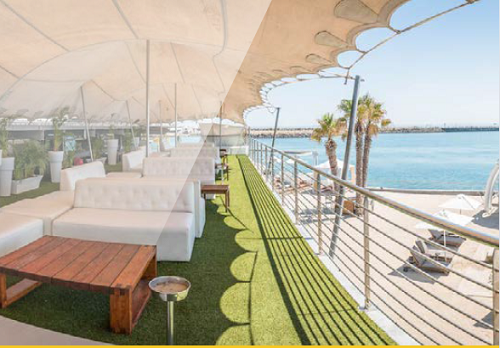 Talk to us about branding opportunities on our luxurious VIP deck. With unbeatable views of the main stage and ocean, there's no better place to make a good impression on senior TMT leaders.

Host at the AFest

Many of our clients host dinners, drinks and events, so why not host yours at our party? Choose from private areas like the Jameson Bar, where you can host whiskey tasting for small groups of clients, to our Absolute Deck, a scenic outside lounge suitable for larger parties.

If you want your meetings at AFest to be memorable, why not book one of our VIP Lounges? With seating for up to 10 guests, and views of both the stage and a private beach, the lounges offer comfortable surroundings for you to network, relax and get business done.

Get in touch
Request a callback from our team to discuss

Check out the Official Spotify Playlist

Get ready for AFEST 2022 with the official Spotify playlist, featuring the artists that will be performing this year! 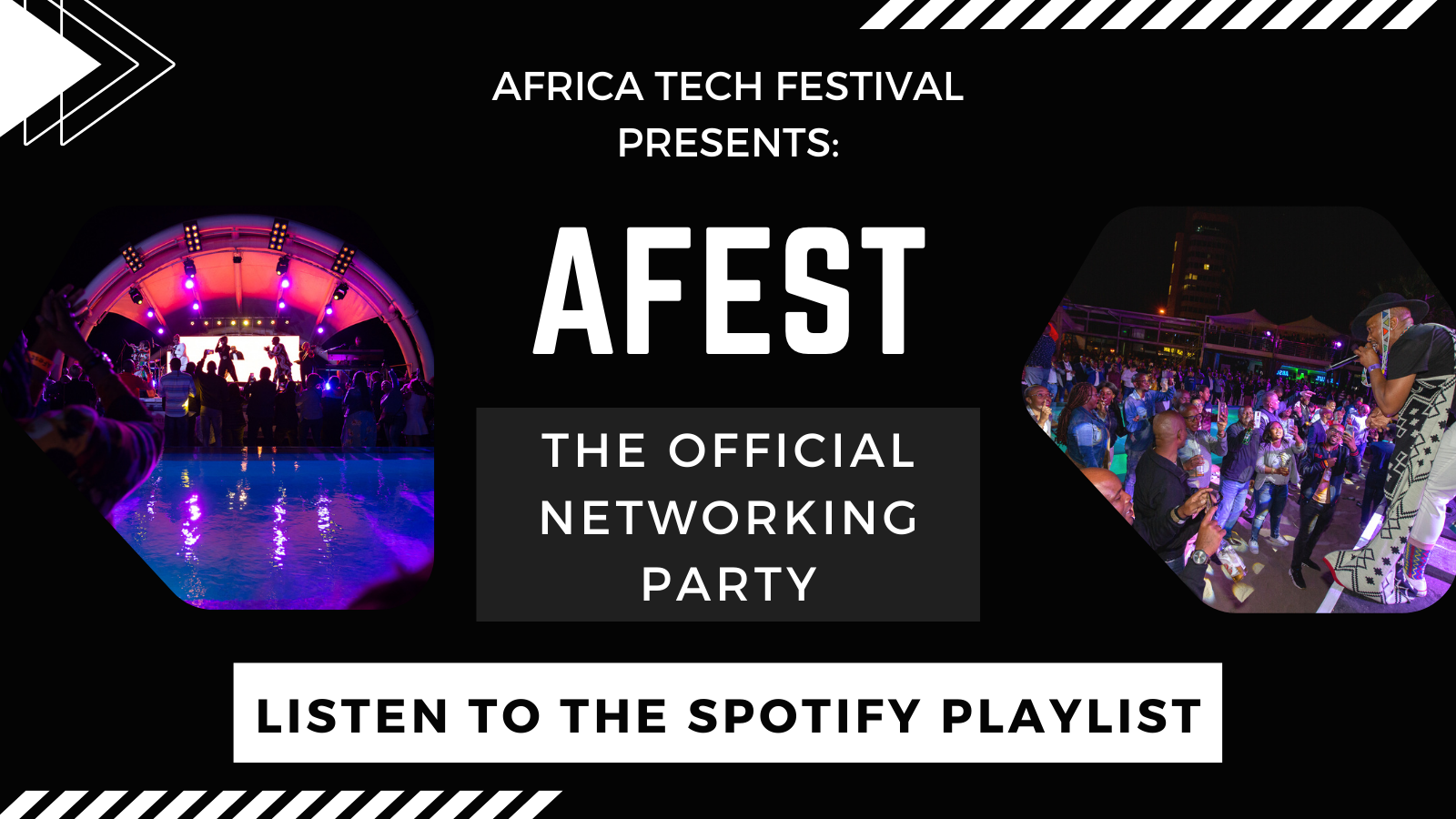 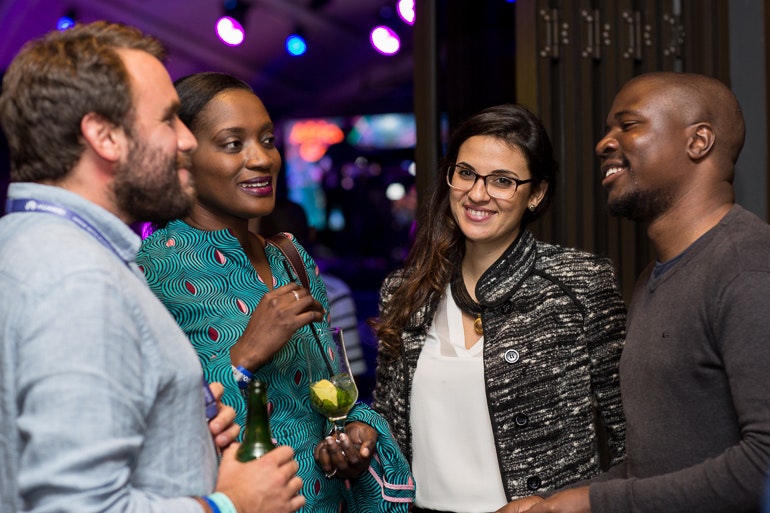 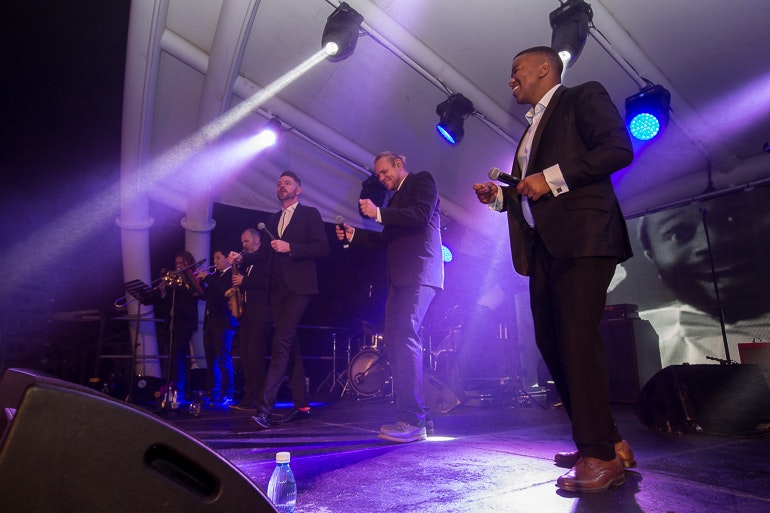 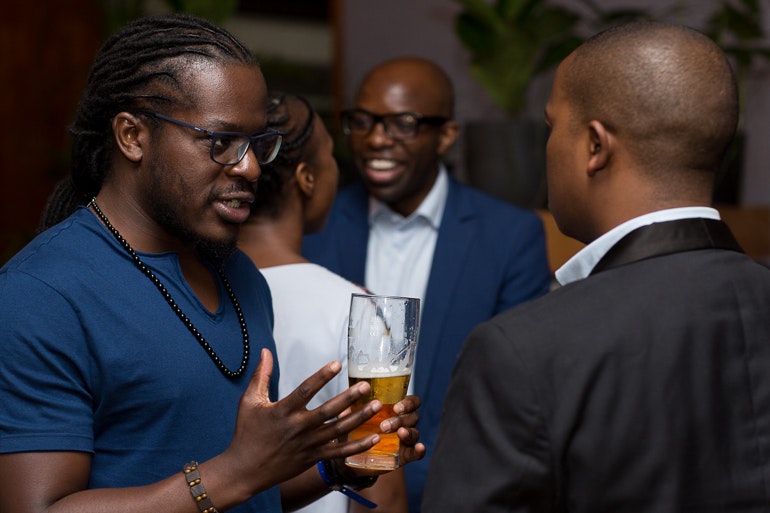 Get the Latest Event Updates

Sign up to get the latest event updates and information.