CONNECTING THE UNCONNECTED, ONE BY ONE, FOR AND WITH THE CONTINENT

The Kolisi Foundation - Representing the Underrepresented.

Roughly translated from the Zulu and Xhola languages as “humanity towards others”, “Ubuntu” is an ideological principle adapted in the 1990s to help bring about harmony in a racially divided country. The motto forms the backbone of the Kolisi Foundation’s story, as told during the virtual Africa Tech Festival.

In 2018, Siya Kolisi was appointed captain of the Springboks, and in 2019 led the South African Rugby team to victory against England in the Rugby World Cup Final. He was the first black man, in South African history, to hold this position. This position provided Siya Kolisi and his wife Rachel a platform to be able to help and provide opportunities for those less fortunate in his community.

Their vision is “to change the narratives of inequality in South Africa […] by seeking to support people living in under-resourced communities in South Africa, by providing emergency and disaster relief, facilitating capacity-building and horizontal learning exchanges, and mobilizing and advocating for systemic change.

"OUR CITY BELONGS TO EVERY SINGLE ONE OF US"

From the start of the panel, the transformative potential of technology dominates discussion. Siya equates his battle of learning English with the fluency of learning the language of technology, the digital language becoming a defining feature of the 21st century world.

“When I couldn’t speak English for instance, the more I started speaking [English] the more comfortable I felt, and the more friends I made and I think the same applies to technology. We can do so much”.

The Kolisi Foundation marks itself as unique – it acknowledges the importance of collaborating with the communities’ stories, to ensure people’s lives are helped in their own ways. The Foundation realises that only by connecting with other’s lives and encouraging individuality can people from different backgrounds and ethnicities be united. They emphasise when connecting the unconnected, it is important to remind those who may seem unconnected that with technology, they never are.

In this panel, Rachel’s focus is closely based on the importance of harnessing social media, so we can all use tech for good. She says that “the majority of the time people are looking for a need and on social media it’s unfortunate that it is often hard to find this”. Social media can provide the means of great relief to a community, especially during Covid-19.

"TECHNOLOGY HAS HAD A CATALYTIC EFFECT ON THE FOUNDATION’S EFFORTS. WE HAVE BEEN ABLE TO LEVERAGE AND CONNECT RESOURCES WITH THE NEED DURING THIS TIME PURELY BECAUSE OF THE DIGITAL PLATFORMS MADE AVAILABLE TO US THROUGH OUR PARTNERS”

The Kolisi Foundation are widely recognised on social media for broadcasting and spreading stories, to raise awareness and help as many families in South Africa as possible. During the panel they covered some of these stories. A teacher’s story of children from a local school, confined to their gang ridden community, who had never crossed a bridge into nearby Cape Town; Grace, a lady who fought against gender violence and domestic abuse.

At the time of writing, they delivered a social media campaign to challenge violence against women and girls. “16 Days of Activism Against Gender Based Violence” (GBV) ran from the 25th November, the International Day for the Elimination of Violence against Women to the 10th December, Human Rights Day.

“HOW SIMPLE COULD IT BE ON SOCIAL MEDIA TO FIND TRANSPORT PRETTY EASILY, FOOD SUPPLY PRETTY EASILY, A PLACE THAT WOULD GLADLY HAVE THE CHILDREN FOR A COUPLE OF HOURS”.

Another campaign, the “Grace for Grace” project raised money for Grace and those affected by domestic abuse. Gender violence is highly prevalent in South Africa, so common that the government sanctioned alcohol at the start of the Covid-19, to try and reduce the level of domestic abuse.  Through using social media to share Grace’s story, The Kolisi Foundation raised more than R300,000.

Throughout the Covid-19 pandemic, The Kolisi Foundation found itself a unique online identity. By connecting people with a shared focus, geography and other limitations that would exist in a normal world, were removed.

As we go into the new year, we are delighted to announce our partnership with the Kolisi Foundation for a second year. In 2021 the tech community is reminded to think about local communities and bring them into strategies, building technologies with their needs at the centre.

Connecting the unconnected, one by one, for and with the continent. 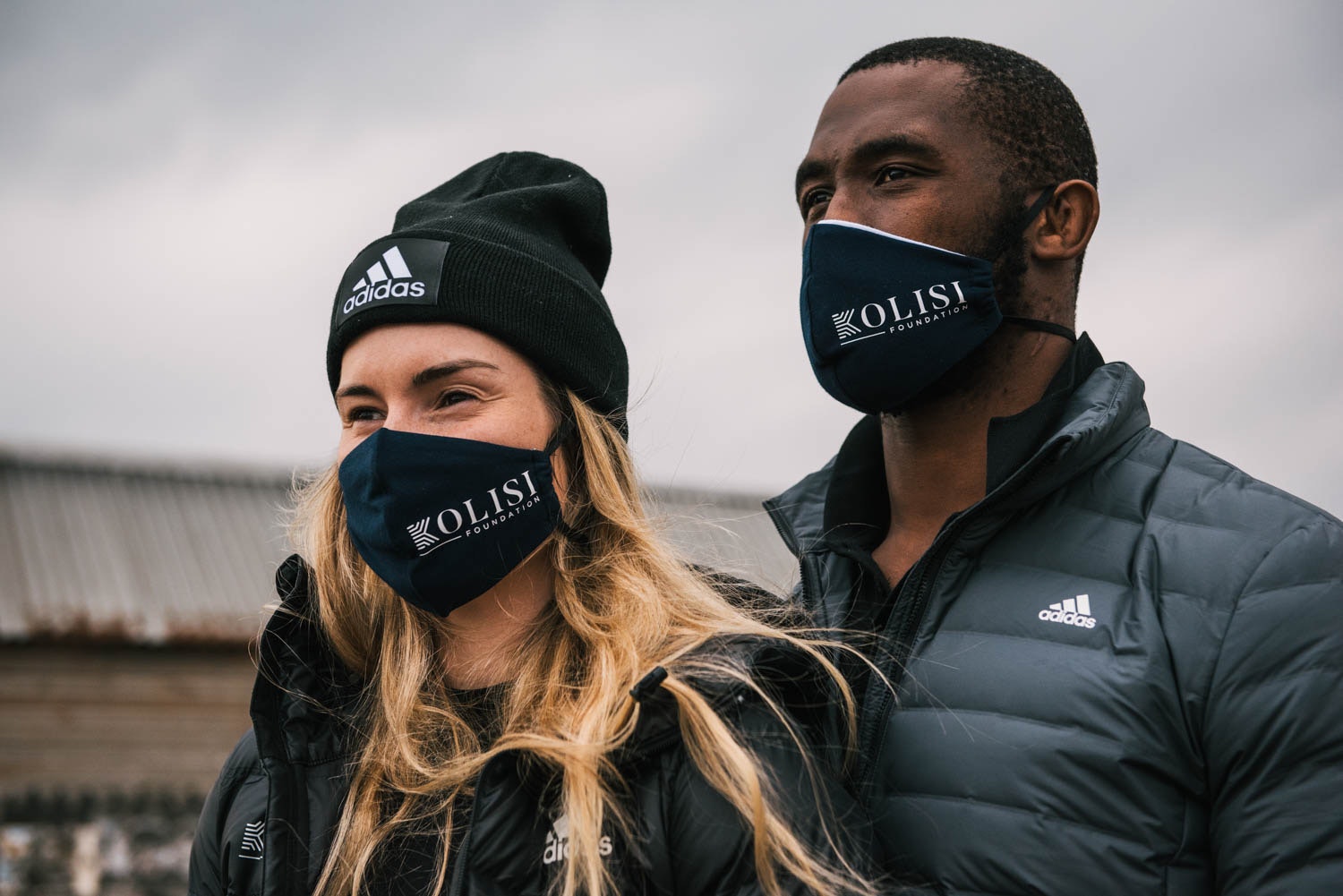